Wong Long’s statue overlooking Lao ShanThe Praying Mantis style of Kung Fu originated in the Shaolin Monastery about 350 years ago, between the Ming and Ching Dynasties. History recalls that a Buddhist monk named Wong Long created the Northern Praying Mantis style after watching a fight between a Praying Mantis and a Cicada. He was so fascinated by the aggressiveness, speed, and strength of the apparently overmatched mantis that he caught it for further study.

He watched its movements and how it reacted to various situations and then copied the actions. Slowly the system evolved. This led to the development of the Praying Mantis style of Kung Fu, with its characteristic strong and rapid movements. When Wong Long was satisfied that his studies were complete, he added to it the best movements of seventeen other styles, and used the footwork of the Monkey to give it maneuverability.

Wong Long passed the art to Sing Siu who in turn passed the art to his disciple Lee Saam Jin. Li Saam Jin ran an escort guard service in Shandong Province. His achievements in the martial arts were outstanding and he had many followers.

Lee Saam Jin accepted Wong Wing Sang as a disciple, Wang was a third degree martial arts graduate under the imperial system. Wang taught the art to Faan Yuk Dung who in turn passed the art to Low Kwang Yu.

In 1909, Master Huo Yuanjia helped establish the Chin Woo Athletic Association in Shanghai. When he requested that Faan Yuk Dung come and teach, Master Faan declined, in part, as he was already in his eighties. Instead he sent his student Master Low Kwang Yu to teach in his place. For the first time, the Seven Star Praying Mantis style was taught openly outside of Shandong Province.

In 1938, Master Chiu Chi Man and his Kung Fu brothers set up the Man Keung Athletic Association in Hong Kong. Master Chiu was elected as the first chairman while Grandmaster Low was appointed Chief Instructor of the executive committee. Some time later, the Pacific war broke out, the Man Keung Athletic Association was forced to close down and Grandmaster Low returned to his home in Shandong province China where he died shortly after the war.

After the war the majority of Grandmaster Low’s students went into the commercial field. Those who remained were few and scarce, Chiu Chi Man was the outstanding promoter of the Seven Star Mantis system.

Lee Kam Wing was born in Hong Kong in 1947 and began studying Praying Mantis Kung Fu at the age of 15. He is now the leading practitioner in Hong Kong. Under Master Chiu’s guidance Lee Kam Wing has inherited the complete system of Seven Star Praying Mantis Kung Fu, Herbal medicine and Bone Setting. In 1972 with the encouragement of Master Chiu Master Lee opened his own martial arts gymnasium. Grandmaster Chiu has presented Sifu Lee with four hand written books detailing the complete system of Seven Star Praying Mantis Fist Forms, Weapons, Bone Setting and Chi Gung. These books had previously been given to Master Chiu by his Master Lo Kwang Yu.

Sifu Lee has also made advanced studies of osteopathy and acupuncture and is a graduate of the famous Fatshan Orthopaedics Hospital in China. He has also been a practicing Buddhist since 1981.

Master Lee has taught his art to many students from around the world, he also regularly travels overseas to enable the martial arts community and Mantis practitioners in particular to know and understand the true transmission as handed down by Grandmaster Lo Kwang Yu.

Master Lee has taught in Hungary, USA, Australia, England, Germany, Italy and France; he is willing to teach the inside secrets of his art along with the closed-door weapons forms like the Fong Ting War Gek. 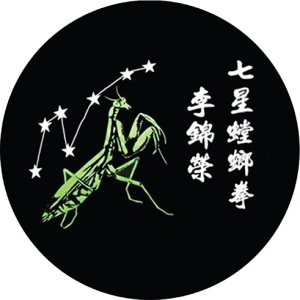 We may request cookies to be set on your device. We use cookies to let us know when you visit our websites, how you interact with us, to enrich your user experience, and to customize your relationship with our website.

Click on the different category headings to find out more. You can also change some of your preferences. Note that blocking some types of cookies may impact your experience on our websites and the services we are able to offer.

These cookies are strictly necessary to provide you with services available through our website and to use some of its features.

Because these cookies are strictly necessary to deliver the website, you cannot refuse them without impacting how our site functions. You can block or delete them by changing your browser settings and force blocking all cookies on this website.

We also use different external services like Google Webfonts, Google Maps and external Video providers. Since these providers may collect personal data like your IP address we allow you to block them here. Please be aware that this might heavily reduce the functionality and appearance of our site. Changes will take effect once you reload the page.

Send this to a friend